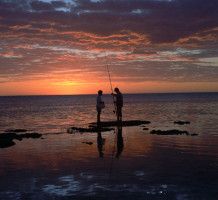 Exposure to killing shit polarises critics and supporters much like ultra-violent video games and movies. While some claim it rots our moral fibre, making us more apathetic, aggressive and cruel, others would argue killing shit and eating what you kill can be a humbling and humanising experience. 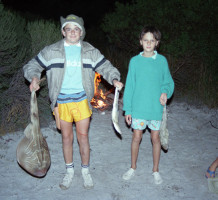 Although the genesis for the almost all of my childhood holiday expeditions involved killing shit, the positive outcome was all the magical places we visited as a result. 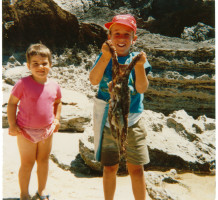 Examining my history of violence and how we come to kill shit I should admit, irrespective of how influential my brother was killing shit I wasn’t blameless either. 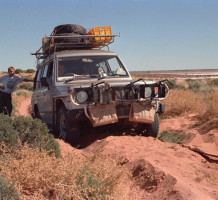 Exploring the history of violence and my brother killing shit, ergo me killing shit I should explain our dad was the son of a farmer. 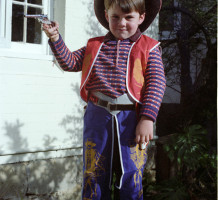 My Brother Killing Shit: Part I

This is an exploration into the history of violence and how we come to kill shit. I have to already admit I can’t rightly blame my older bro even though the signs were there early. 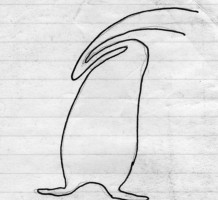 Baristaomancy and the Coffee Bunny

It was not without alarm that one morning I woke, got out of bed, walked down stairs, and out the door to get a coffee and saw a bunny in the foamy head of my café au lait. 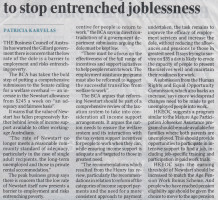 Epilogue: Since the last Job Club: Fifteen Years of Anecdotes & Reflections – Part IV, dated July 2010 I’ve twice needed to claim the Newstart Allowance as an unemployed Jobseeker. On both occasions, in late 2013 and more recently in 2014, the stigma, pedantry, inconsistencies, inadequacies and bureaucratic hegemony I’ve discussed in my previous posts are still prevalent. To borrow a phrase from our regional northern neighbours , “samesamebutdifferent”. However, change does come, even if it is wee small amounts, which need a sharp eye to see. 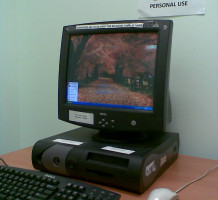 June 2010 – Northbridge, Perth, Australia: I’ve realise the reason the Jobsearch area of my Job Network Service Provider looks particularly Spartan today is over half the computer terminals are missing from the time I began Jobsearch six weeks ago. It’s easy not to notice. Like living in a houseshare with a crack addict, computers and equipment, essential to Jobsearch have gradually disappeared since I started attending. 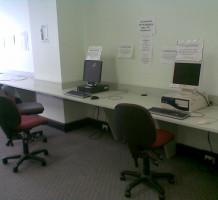 May 2010 – Northbridge, Perth, Australia: It’s Thursday and I’m sat in the austerity of a Jobsearch room at my nearest Job Network Service Provider. Thursday is the appointed day once a week I’m required to attend in person and log two hours of job search. A less than stable middle aged Chilean man dressed like a 1980’s TV themed police detective has been sat next to me for the last half hour sniggering incessantly while idly surfing the internet. 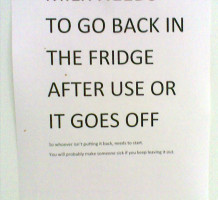 May 2009 – St Kilda, Melbourne, Australia: Both in 1997 and 2002, the unctuous rhetoric of support and training were equally loud and convincing. Back in 1997, being fairly naive and without comparison I believed this. With a useless degree in my back pocket, I was trying desperately to break into the film and television industry.